CFTP has specialized in martial arts since 1993 and has one of the most innovative programs in the nation.

Alejandro Pereira established the CFTP with a considerable amount of hard work and dedication after discovering that Martial Arts gave him the balance he was missing in the areas of his life such as culture and education. When he saw his own personal results in studying and practicing Taekwondo he realized that he wanted to help others become more balanced in their lives in order to achieve their own personal goals.

He started a school in Paraguay called the Barrio Obrero Taekwondo Club (WTF). Through much perseverance, he found his own system and named it Central Family Protection Program in 1993. He created his own style because he wanted the Martial Arts Philosophy to relate back to its origins in all aspects again. He wanted the Taekwondo taught in his schools to support spirituality, physical fitness and community so that those who would study Taekwondo with him would soon realize that they are part of a very large family.

In 2005 he opened his second school in Canada and now he has 2 main locations and teaching in private, public and community schools. In 2014 he became a member of Ontario Taekwondo Association and Taekwondo Canada. Through World Taekwondo (WT) he wants to give more opportunities to his students to participate in the Olympic games. Master Alejandro looking forward to opening more schools and that the CFTP will continue to grow.

Master Reneta Pereira is an Owner at Canadian Family Taekwondo programs.  Having begun her training in Taekwondo in 2005 in Toronto, Master Periera is a 5th Dan Black Belt.

Reneta attended a sports high school in Plovdiv, Bulgaria where she specialized in swimming and gymnastics, and won many international awards.  She subsequently enrolled in a medical university where she studied rehabilitation therapy, physiotherapy, message therapy and kinesiology. Since 1992, she has worked in rehabilitative therapy at many clinics and hospitals and continues her training and education in that field. She is the owner of CFTP Natural and Integrative Medicine Centre. She is a doctor in Integrative Medicine and achieved her Doctorate Degree in Integrative Medicine at Quantum University. 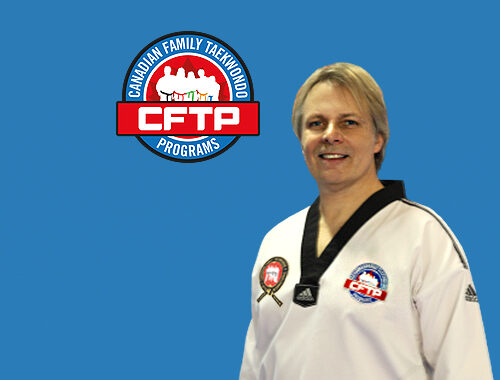 Born in France, schooled in Montreal and Florida, Eric speaks English and French. Successfully obtained his degree in the culinary program at Ecole Hôtelière Des Laurentides. Eric is an Executive Chef driven by passion with more than 20 years of 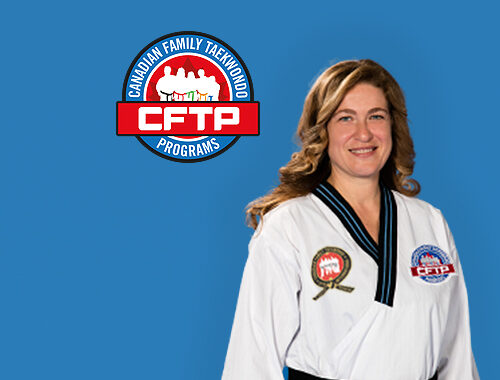 Originally from Plovdiv, Bulgaria. Attended a sports high school specializing in swimming techniques and gymnastics. She has competed in International Swimming Tournaments. After high school, she enrolled in a Medical University in Plovdiv specializing in rehabilitation therapy, which is a 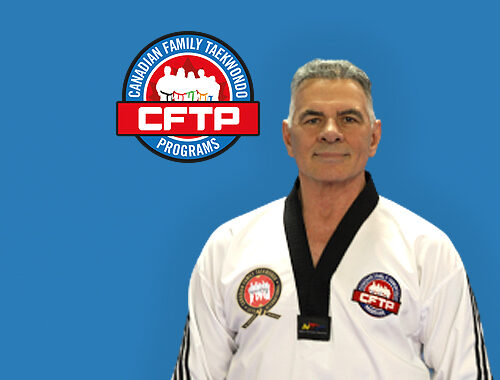 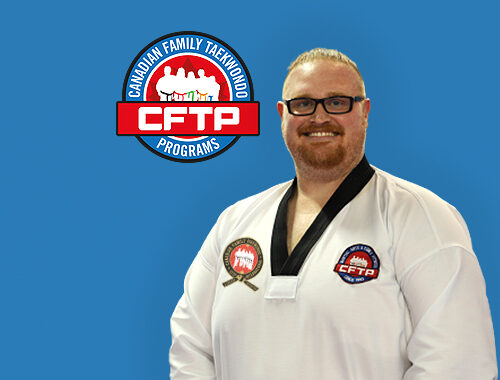 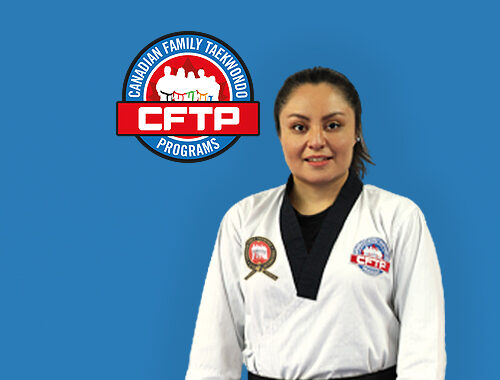 4TH DAN CFTP Originally from Cancun, Mexico, Alicia is a 3rd Dan Black Belt, from Moo Duk Kwan Mexico. Practicing this sport since the age of 5. Her parents are Taekwondo Instructors so she has been involved with Martial Art

What Are Our Members Saying?

3/26/2019
My 6yo son has been coming 2x a week for the last 7 months... we weren’t sure if Taekwondo would be a good fit for him initially, but he really loves it! Masters Reni and Alejandro are very professional and the kids really like them. Highly recommend! Great location, lots of parking and many program options.

4/22/2017
CFTP is simply the best of the best... our girls just started and absolutely love it. The Masters are fantastic.... always so welcoming and incredible with the children. The facility is spacious and clean... overall fantastic!!!!

5/24/2019
Me and my daughter started about two months ago and we are loving it! The Masters are so amazing and you feel like family. Highly recommend! 😉

5/08/2019
My family have been with CFTP Family Taekwondo school for over 5 years now. The moment you meet both Masters, you feel you belong to the family. They care of each and every kid they trained. The coaching is not just a physical but the philosophy of living, including meditation, mindfulness, respect, courtesy, self-control! (I memorize the lines, since after end of every class the kids say it out loud). CFTP has a great and safe environment for child at any age. At this moment my 3 year old and 5 year old are participating twice a week in the after school program where they are being picked up from school. I have been doing some classes myself and looking to continue in upgrading my belts 🙂 We also did a Birthday Party for my older son which was lots of fun and the kids really enjoyed it. Beyond all the good things, there is this convenient location- across from Costco (which may give you a chance to sneak out to do some shopping), some tanning salon, pierogi store and ample of parking. Very flexible and just amazing to work with people! Highly recommended.

11/16/2017
If you are looking for the right martial arts school for your children, your search should be over. This place is incredible, with the most amazing, very involved teachers. My son Frank had some behavioural issues, I struggled on a daily basis. Since he started the program, I cannot recognize my own child!! His behaviour improved so much, he is more disciplined and what matter most - less aggressive and super happy. I also highly recommend the after-schol program. My son loves it! Big thanks to everyone for your remarkable work, especially to Master Reni and Master Alejandro.

10/31/2016
I was very doubtful to register my daughter to Taekwondo as she is very shy child, and very girly. The year before she was doing dancing. However I saw the sign as I was walking down the street, and my daughter said she wants to do Karate (as she watched Karate kid few nights before). Well she tried the free class and loved it! the rest is a history! She even preferred Taekwondo on top of her dancing. Although its pricey, I think its worth it as I see the changes in my daughter. First of all, it is unlimited accesses. We go 4 times a week but could go more if we wished. It is intensive workout. The kids sweat! their cheeks are beautifully rouge after a workout! She did not lose weight on a scale, but I do see that she lost some of her stomach fat, got stronger (She actually broke a peace of wood in the last Halloween party), her behavior at home improved, she sleeps better at night time. They teach her to eat healthy (although it is work in progress still). She even got better in socializing, she is more keen on approaching kids and play with them. Before she just would stand there and wait to be approached. There is tone of place for improvement, but step by step. The only thing she does not want to do is sparring, she is not ready for it. and that comes at a cost too! to buy all the equipment from the club is not cheap. So overall it is not cheap sport, but it is an investment in your child's health.